The originally scheduled 8-month plan and duration of this project, described by us in this webpage, also endured, like others we were handling, the global effect and forced impact of the pandemic. Retained on hold for months, as directed by the funding organization, when the go ahead was received in October, it necessitated several phases of review, and it underwent several stages of re-connections, re-planning, re-structuring, and, of course, related budget modifications for each activity within its setting.

All was accomplished in record time to start its implementation, but this affected time frames and availability of chosen venues, participants, and trainers, including considerations that had to be followed as per each area governmental directives.  This was a tremendous challenge overall and forced a real ‘crunch’ in producing the 3 principal training activities, which, however, successfully, took place during the past 3 weekends of this month. This was achieved by all staff involved working non-stop, during holidays, and adverse weather conditions.

The behind the scenes of all this happening is unique and worth to be acknowledged.

Each activity consisted of two-days trainings, during 3 weekends in a row (6 days in total), conducted virtually via Zoom sessions, were partners and students from Albania, Kosovo* and North Macedonia gathered online as if they were all together in a real classroom.

The first one was conducted and moderated by speakers & experts from our partners in Berovo, North Macedonia.  At the beginning, everything started at a slow pace, with difficulties showing to be demanding when conducting a fully online event between Albania, Kosovo and North Macedonia. Conquered some technical issues, all managed to get into synch with everything, and everybody moved along with the new imposed normal.  The second weekend sessions were directed by our colleagues from Peja, in Kosovo. By this time, the students were at ease with each other, and thus the communication flowed, and all moved smoother than the first time.

Seeing young students getting so thrilled by topics such as ecosystem & biodiversity was pleasant to look upon and made the ordeals and efforts worth it all the way.  The third and last training session was overseen by our partners from the village of Pojan, Korçë. The topic this time was about environmental protection in cross-border areas.  The students were separated into working groups and they engaged in discussions regarding the main initiatives and concrete actions that might be taken to improve environment condition at the local, national, and regional level. By the end, the participants also learned about environmental strategies and about the sustainable development goals, established by the United Nations 2030 program.

The activities of our “Peace Path Project” are not finished yet, and, of course, we will be posting about them in more details soon.  To complete the cycle of activities, we have arranged to plant trees in Albania, Kosovo and North Macedonia, where we conducted the trainings, thus creating a path, a trail of a chain of peace that will remain the tangible proof of this undertaking.

To all our partners, field experts, speakers, special guests, and staff involved we extend our thanks for their commitment and untiring attitude shown in this project and thank you goes to Regional Youth Cooperation Office that trusted us with a beautiful educational venture like this one.

We welcome all who want to get involved with us and follow our work and achievements as we go along with the Peace Path Project and with other similar initiatives, such as the ones described here.

“The Peace Path” is a project financed by the Regional Youth Cooperation Office (RYCO) and implemented by the M & M Ivanaj Foundation Institut in partnership with “Bardhyl Pojani” school in Pojan, Korçë Albania, ‘Let’s do it Peja’ and “Odhise Paskali” school in Peja, Kosovo (*) and “Aco Ruskovski” school in Berovo, North Macedonia.

(*)This designation is without prejudice to positions on status, and is in line with UNSCR 1244/1999 and the ICJ Opinion on the Kosovo declaration of independence. 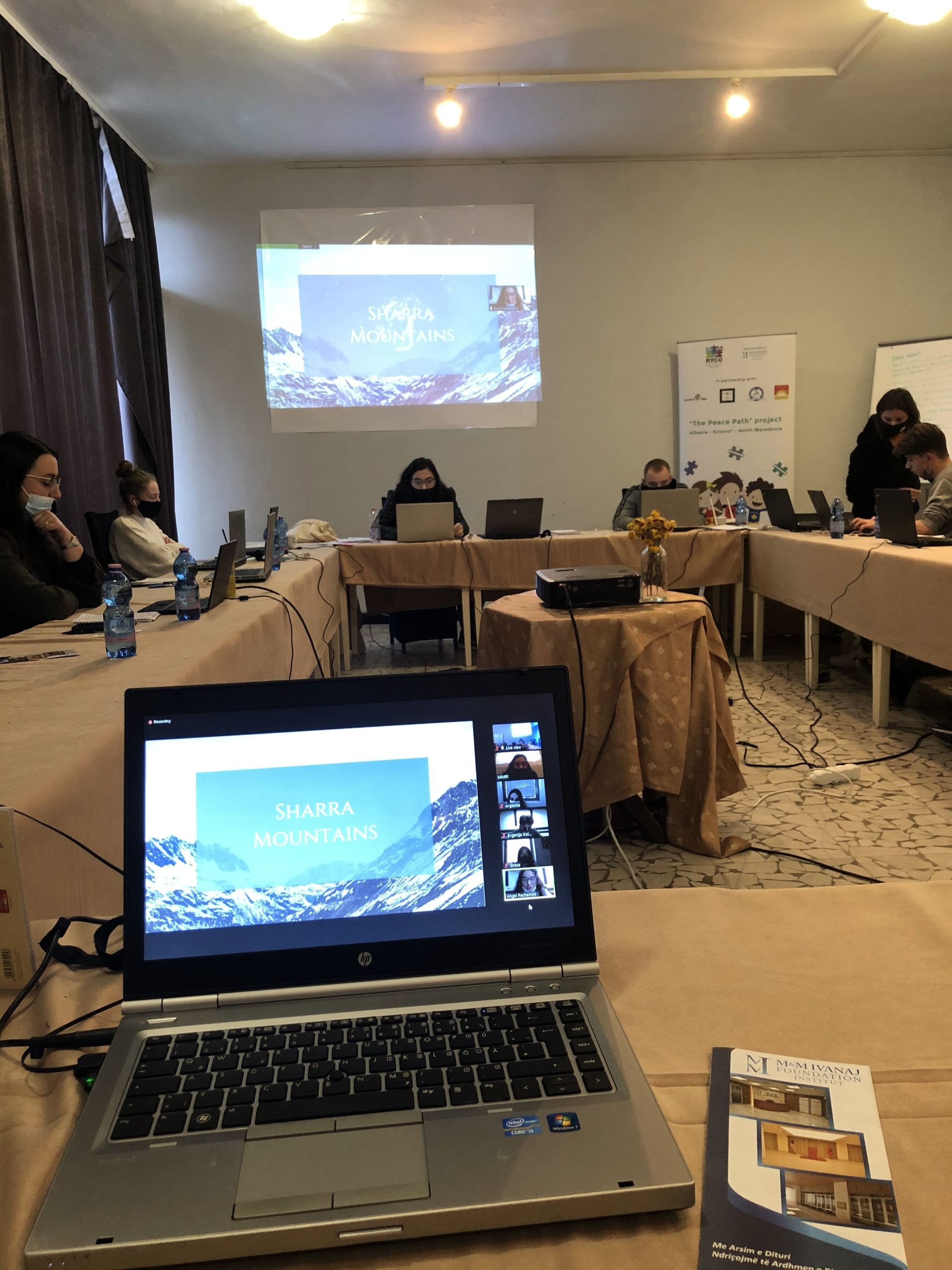 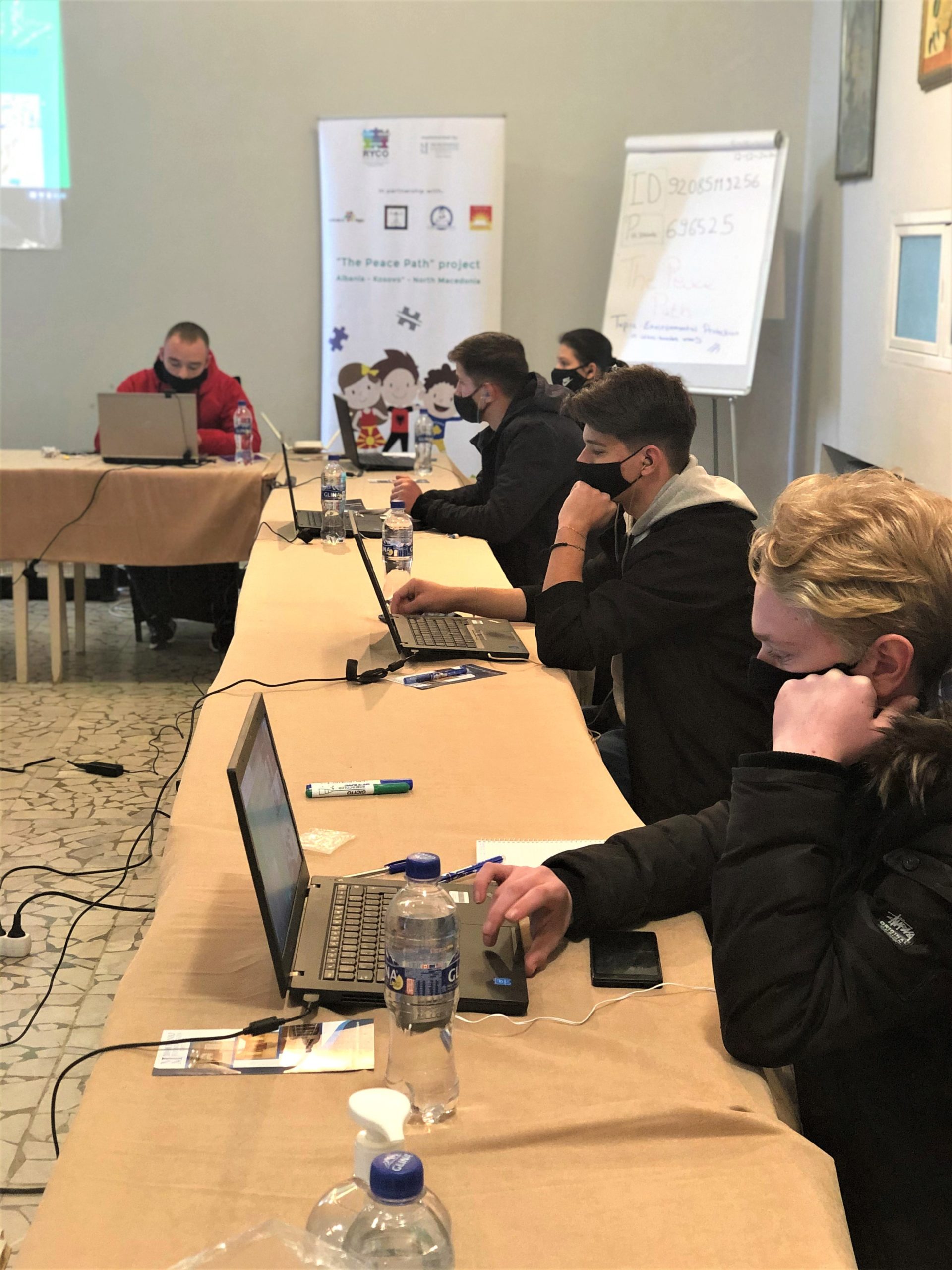 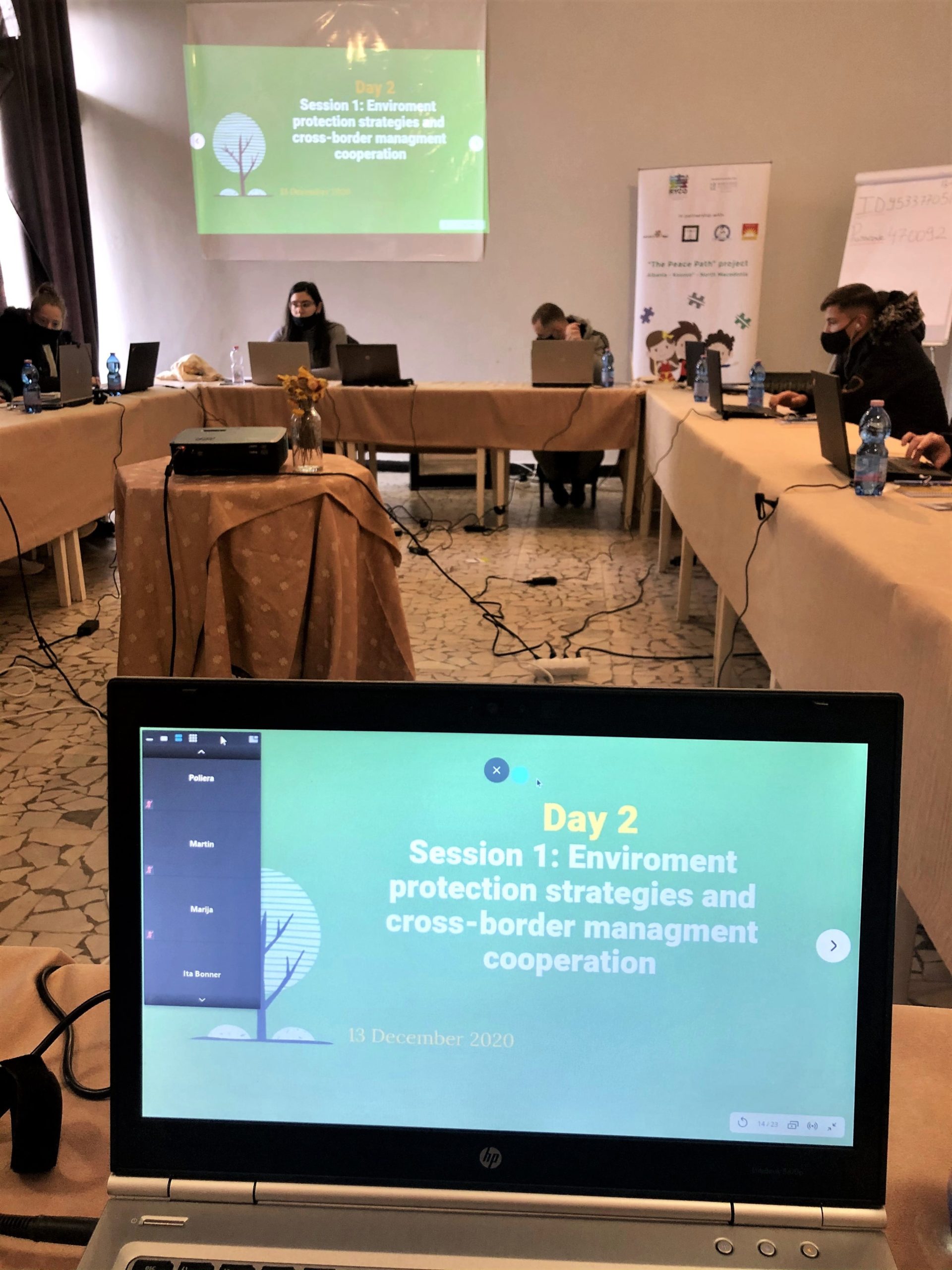 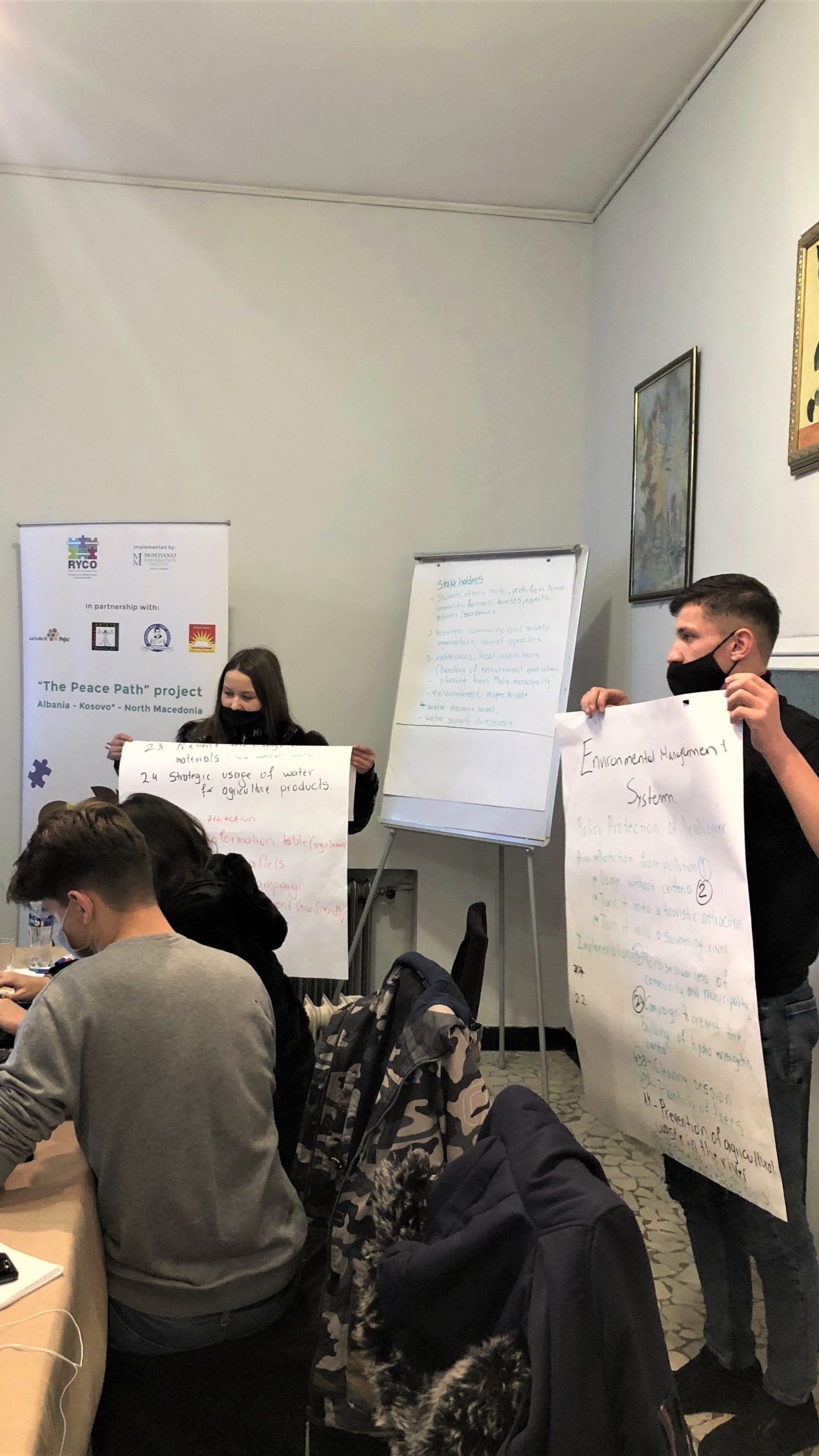 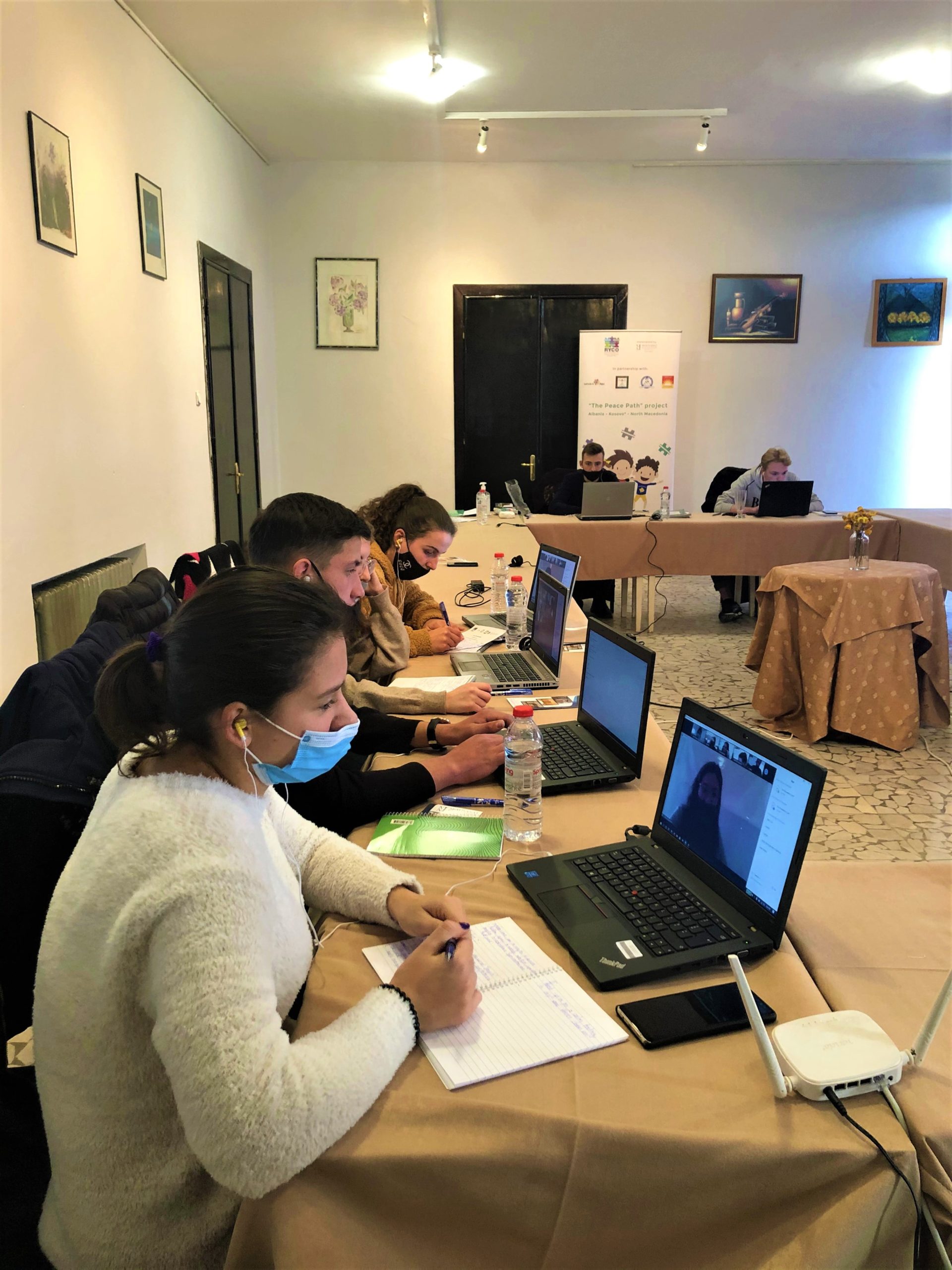 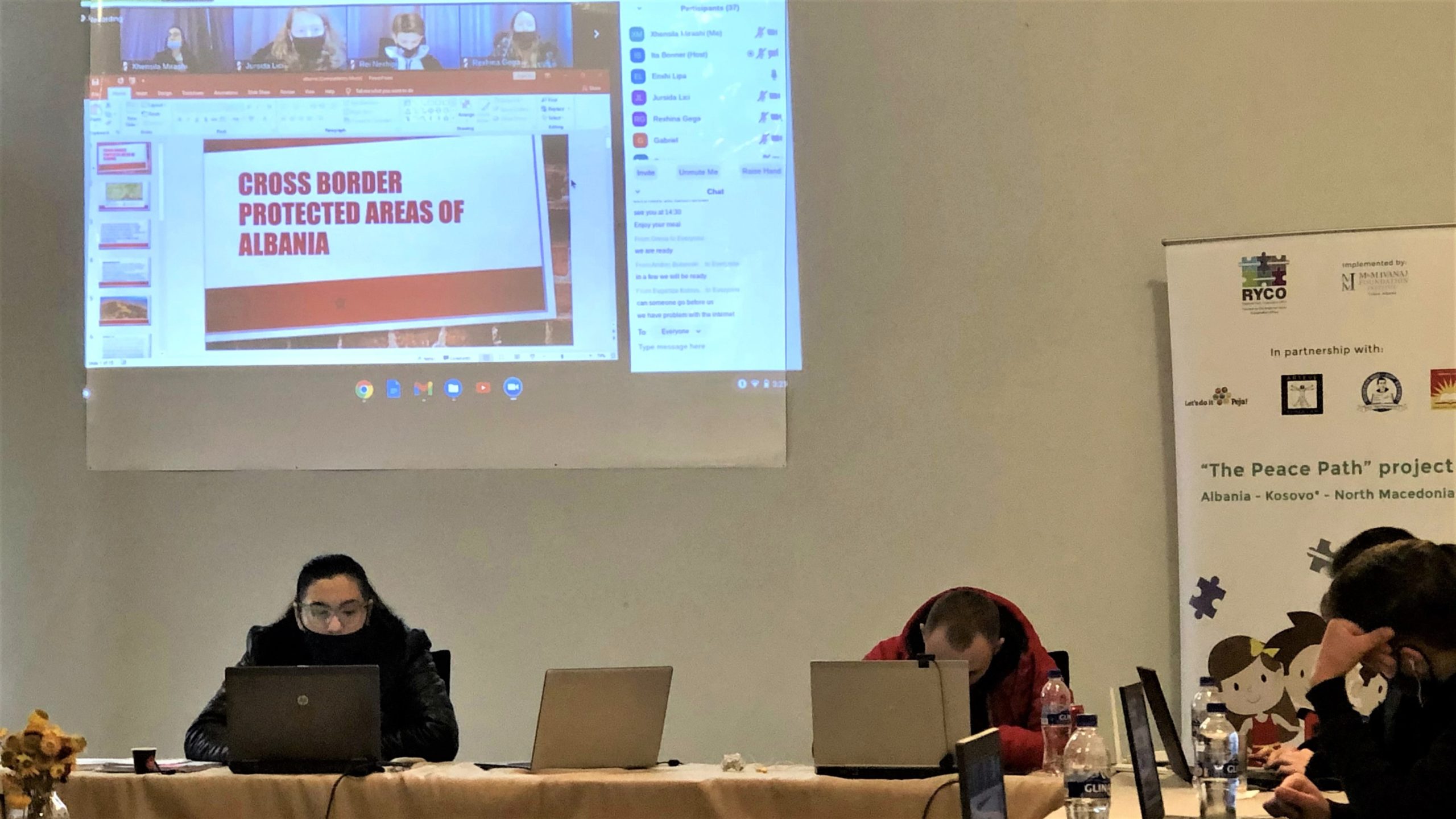 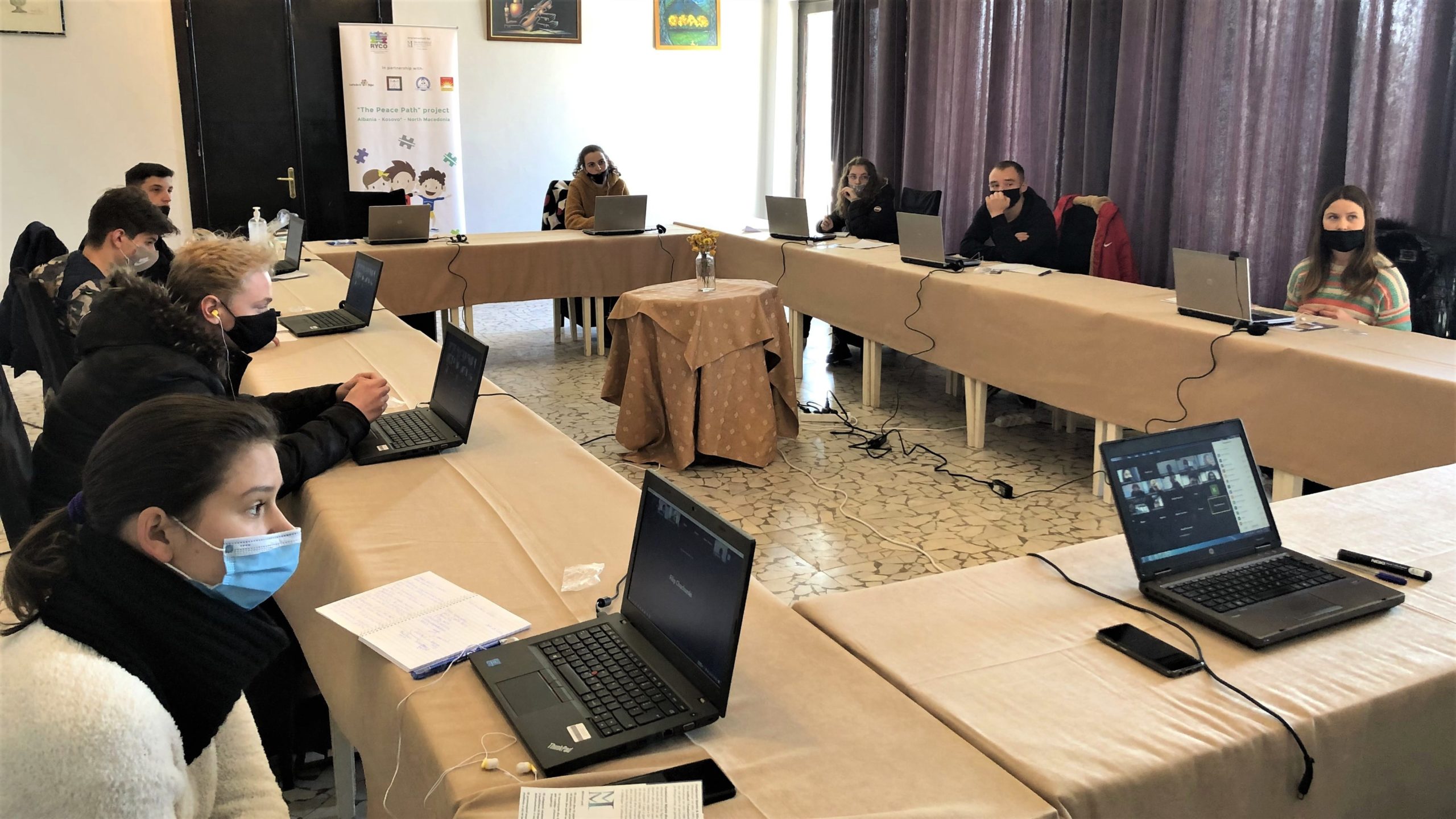 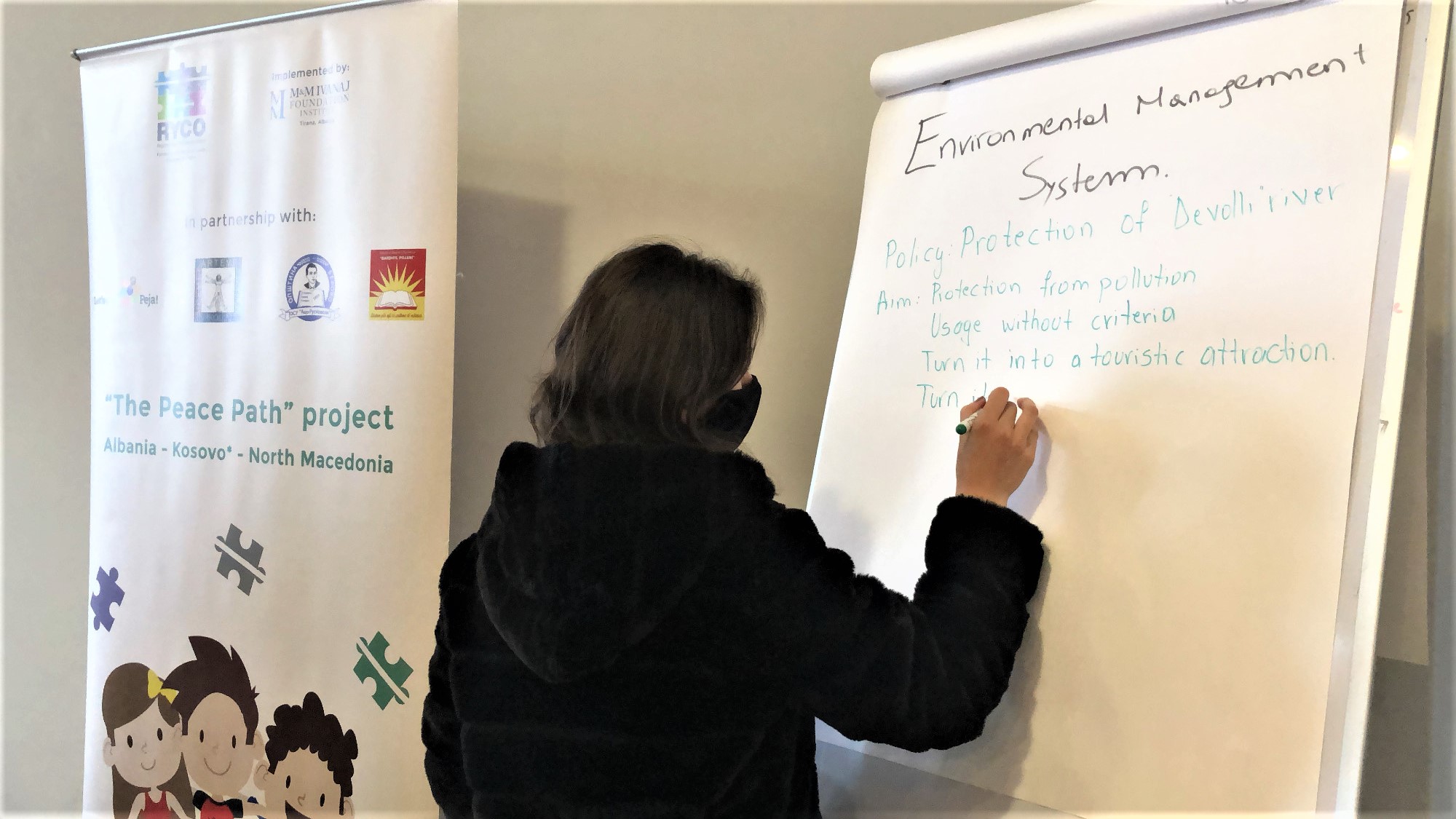 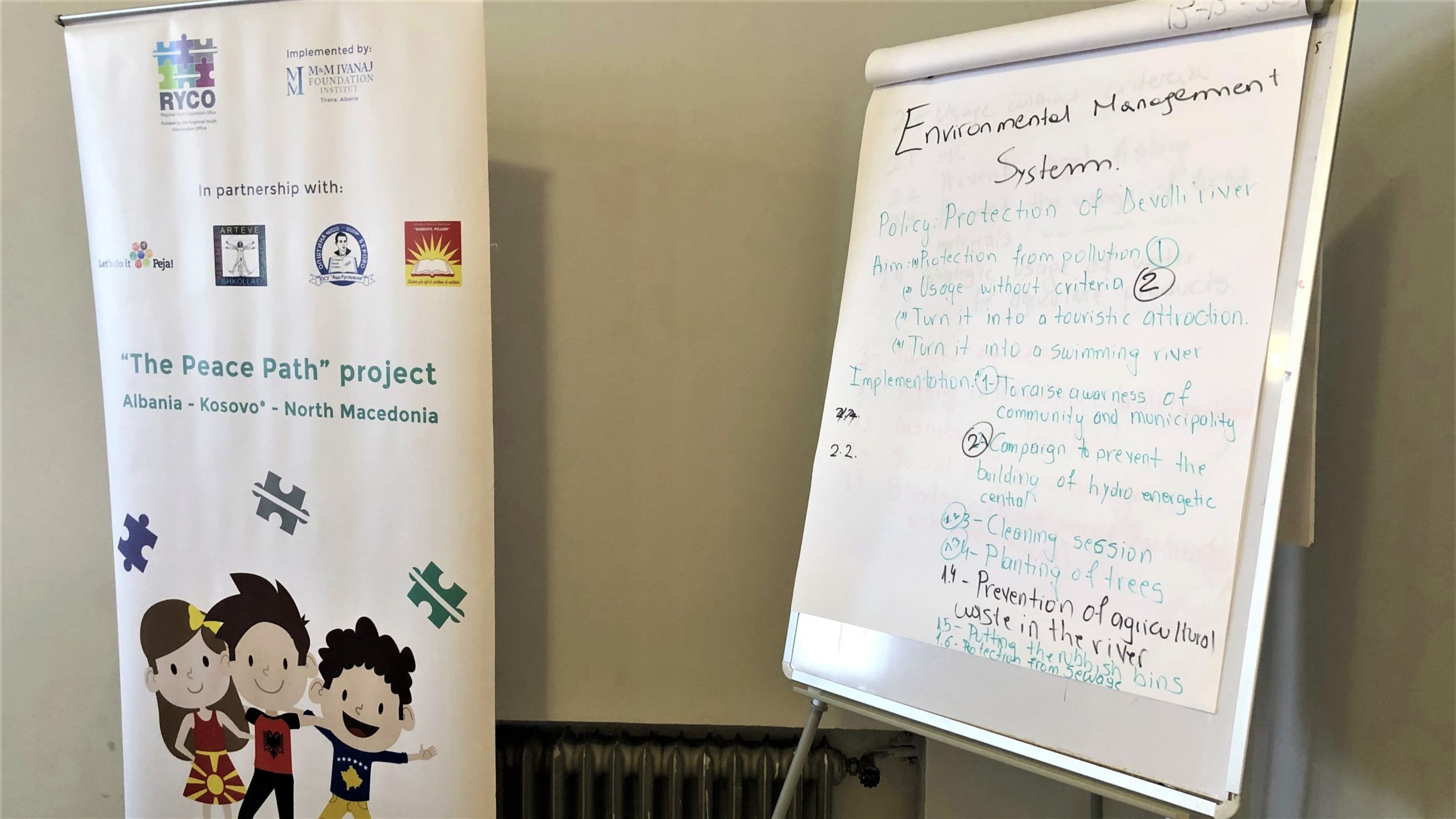 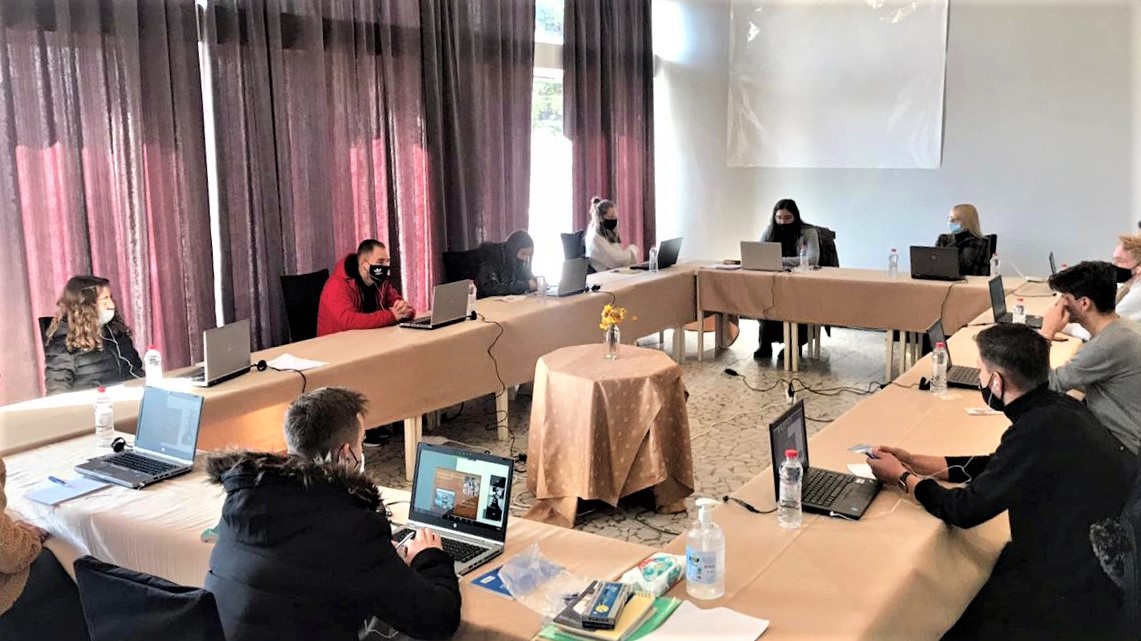 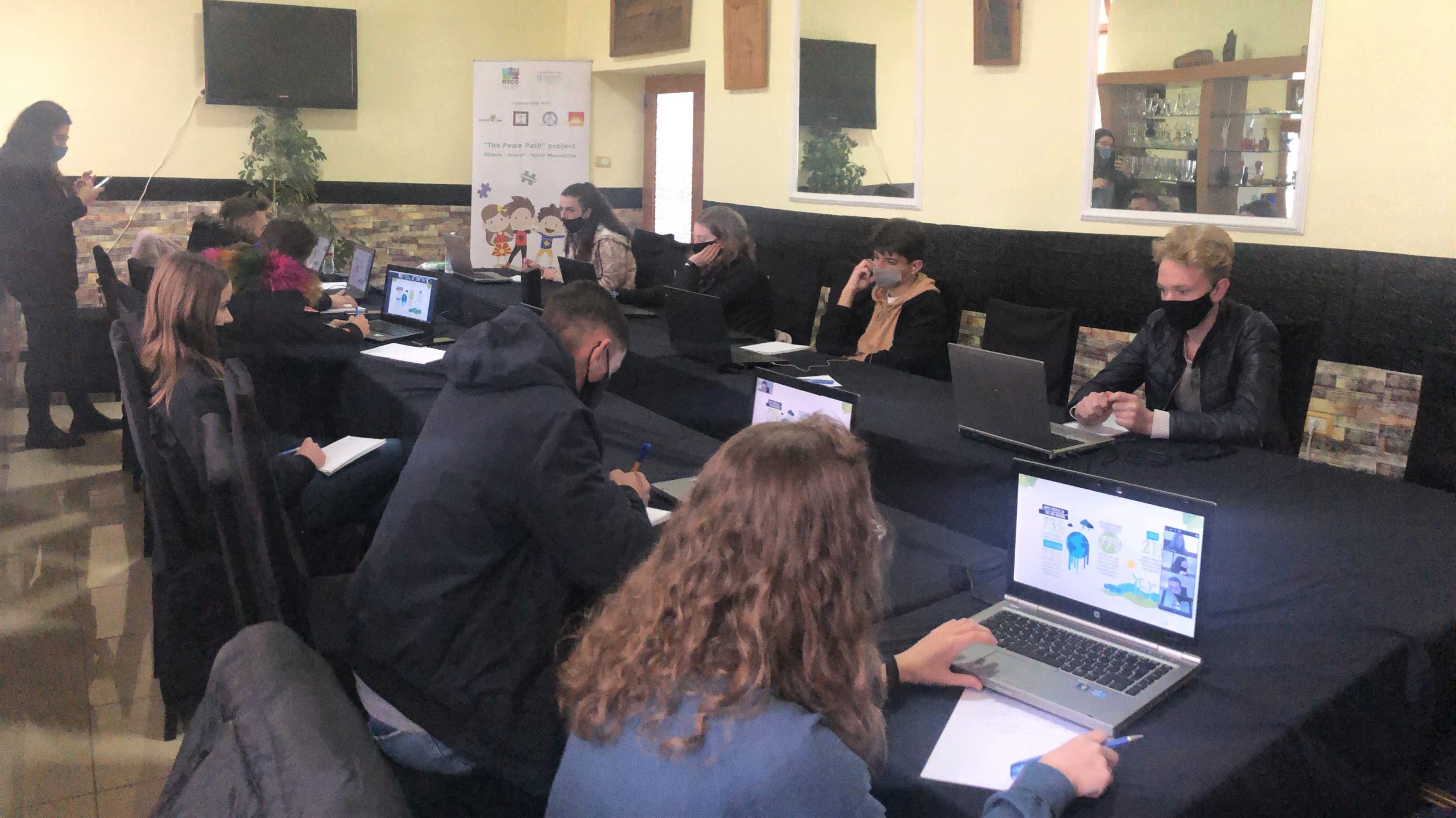