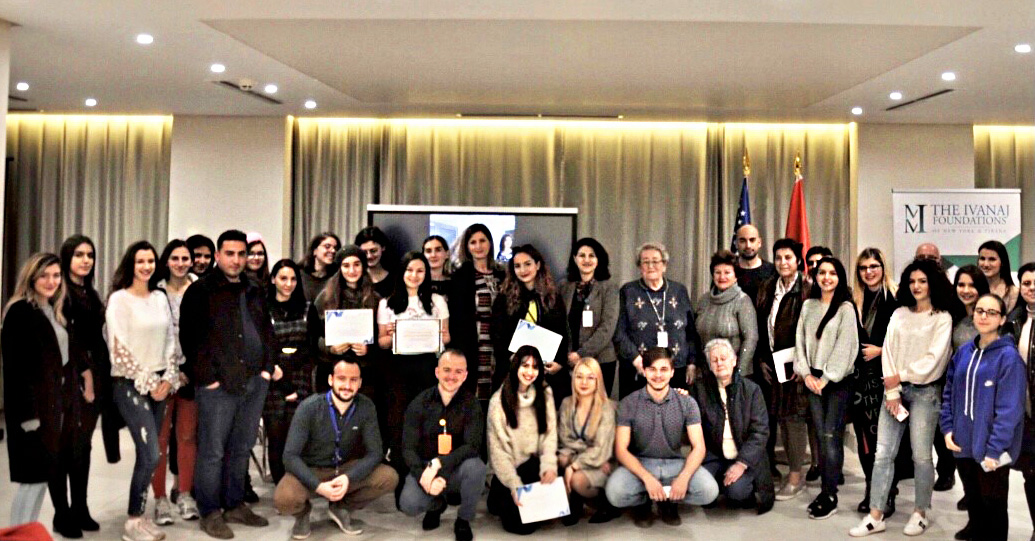 The Ivanaj Foundations of New York and Tirana have relied upon volunteers help and supports of all sorts, and at al levels, since their inception and creation, decades ago, on both sides of the Atlantic.

As we developed and expanded our wide-ranging field of operations, tailored according to our planned and shared mission, we have confirmed our belief that ‘Voluntarism’ is not only an essential element in the pursuits of our goals, but a crucial component of life in any community, small or large, anywhere in the world, since it provides concrete benefits all the way around, on both sides of the receivers, as much as of the givers.

Soon after we were able to finally open our new Headquarters in Tirana in October 2017, our plans to establish an official volunteer hub that we have named “VOLIF”, became a reality, organized, managed, trained and functional within and from our premises, and growing by leaps and bounds since then.

Several are the type of individuals that are part of our group, whose age ranges from teenagers through mature individuals, and even some seniors and retired professionals, which we have also reached out to in the past. Due to our undertaking, mostly are obviously students that in addition to learning new skills, or sharpening the one they already have, they can fulfill the required 18 hours of volunteer service at high-school level, or benefit from our reference letters in case of employment, or implement project ideas of their own, which can be developed within our other area of activity named BIIC (Business Incubation/Innovation Hub).

Furthermore, the involvement of our VOLIF members can benefit and expand also to other NGO’s, government institutions, and public agencies that may not have the capacity to hire additional staff for some temporary needs or short-term specific tasks.

The following quote from a US children’s’ museum in Atlanta Georgia wonderfully represents what the V for Volunteer stands for:

Our VOLIF group is thus a real HUB of activities, organized and trained to serve in various capacities. It has at its disposal its own set of shared information, via its social media platforms  (ie. Facebook group, Instagram, LinkedIn), it holds regular meetings for its own planning and even recreational purposes, thus making know-how and energy merge into an overall positive help force.