On December 10th we had another presentation from the series “Anglo-American personalities for us Albanians”. This time former Ambassador Mal Berisha presented the life and work of “HERMAN BERNSTEIN- friend of the Albanian people- Ambassador of the USA in the Albanian Kingdom, 1930-1933”.

Again, this event was well attended and to the pleasure of everyone the presentation was entwined with recitation of poems from young artists and students of the Arts Academy accompanied by soft music on violin.

It was a pleasure to have with us Albanian personalities, Neritan Ceka and Arta Dade as well as the current Spanish ambassador to Albania, H.E. Vicente Cannelles Montero and his wife Cristina Quaroni.

More details on the activity can be found here. 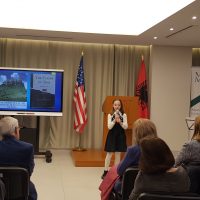 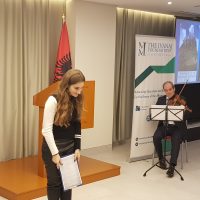 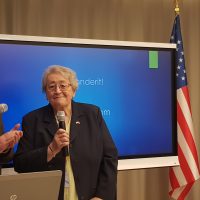 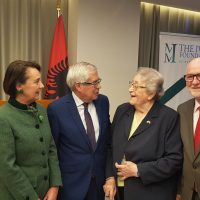 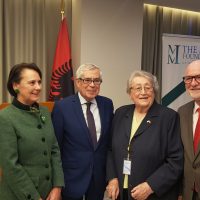