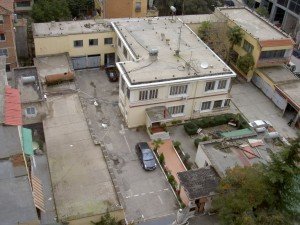 After several years of questionable political and juridical entanglements and a final, incredibly frenzied month spent to work out last chaotic procedures, Drita Ivanaj, legal heir of the Ivanaj properties in Tirana, was finally able to take physical possession of her ex-residence and land in this capital city on June 5th, 2009.  She had obtained title to this legacy in 1995, but could not access or use it until the military unit that occupied it for decades, free of charge, relinquished it.

There was no time for reflection or emotion when this moment came about in 2009, after 14 years of incredibly everlasting processes.  Swift actions were needed to step into the messy site, to appraise and secure it since it was completely depleted of all amenities and in an inconceivable condition.  An immediate intervention was a must to dispose of all the junk and clutter that was abandoned inside and outside of the various structures standing on the property. During the summer of 2009 work began to assess basic water and electrical needs that were totally unavailable, and to plan what, if any portion of the original residence, could be put to immediate use by the Ivanaj Foundation Albanian Institute. 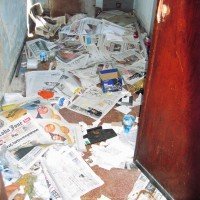 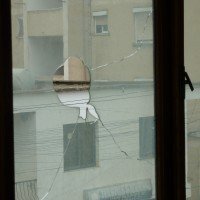 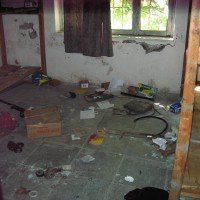 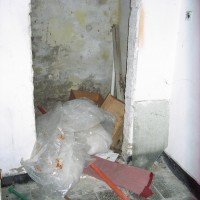 A short term solution was decided upon and developed to make serviceable a small wing of the house that could become functional as a base office by the following year. This plan was pursued under tough conditions and with the mere, but dedicated help of volunteers, and Drita was able to provide the groundwork funding to establish a basic site for a provisionally operative Institute.

While this activation was in the works, the privatization process of the extra buildings erected by the state on the Ivanaj land during the 1970’s, which Drita Ivanaj was entitled to, as priority buyer, was also ongoing. The related procedure that was thought to take a few months to complete, lasted three full years! 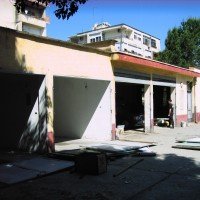 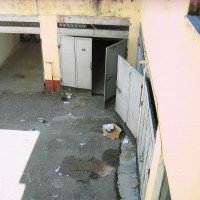 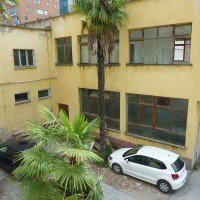 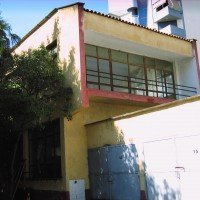 The structures in question were originally added by the government for its own purposes three decades earlier when the Ivanaj property in Tirana was also the headquarters of military units that were being trained there to service the country.  They included an officers’ training center, a gym, a café`, several garages, and a mechanical shop for government cars’ maintenance. All this, hence, was to be sold by the government, after the return of the property to its owner.

Although never rewarded for the many years of free occupancy by the government,  Drita decided to pursue the purchase of these other buildings through the established procedures of the above mentioned government privatization process. Her long term plans for the designated use of her property, to become the center of the Ivanaj Foundations in Albania, could become a reality only after a base office could be established  and the privatization completed. 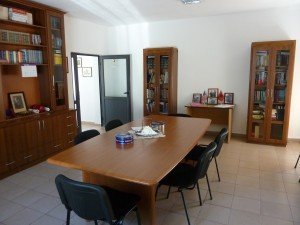 The renovated quarters in the old residence wing were indeed able for a while to house an office, a small, but pretty well furnished library and conference room, where a minimal staff could work on developing activities and steps to bring to fruition appropriate educational and cultural programs and projects.  A Development Manager was hired during the summer of 2012 and the Ivanaj Foundation Institute in Tirana, guided and supported by the Ivanaj Foundation in New York, proudly produced some really special programs during that year.  It was the centenary of Albania and the projects and events that took place then are now documented in the appropriate sections of this website.

In 1995 Drita had also obtained ownership of a parcel of estate in the port city of Durres that she inherited from her paternal uncle.  It consists of 400 square meters of beach that borders the public ocean front in that city, and it is located a few meters away from the enclosed (private) block of summer residences that were used by the ex top echelon of the communist establishment during the dark days of Albania. 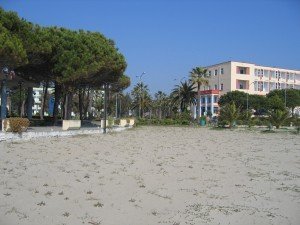 This beach property is free and clear, even of the notorious and infamous ‘bunkers’, built by that regime throughout the country and along its entire coast, but it is not easily accessible. A large complex of government built hotels, contained in an enclosed and guarded park area, is not only blocking a direct entrance to the property, but it is still freely using it for its guests. They are state employees and their families, which utilize these facilities for rest and relaxation during their vacations.

The very recent digitalization by the state of lots and ownerships along the Albanian coast has brought to light additional problematic situations such as the one above, which now necessitates follow up, attention and a resolution that, hopefully, would not require years down the road!

Similar issues that need resolution involve also compensation due by the State for partial square footage of property land that in Tirana could not be returned as such to Drita, the original owner, as it was determined by the Commission of Privatization since 1995.

As indicated in this website, the Ivanaj properties that Drita was entitled to, and took more than two decades to recuperate, have been fully endowed by her to the Ivanaj Foundations with the proviso that they are totally used by these organized bodies to carry out the mission for which they were created.