This past Friday, January 17th, 2020, we had the pleasure of hosting again former Ambassador and author Mal Berisha in a 3rd historical lecture, this time about the book by Benjamin Disraeli “Naltësimi i Iskanderit”, which he translated and published in Albanian.

This event coincided with the 552nd death anniversary of Gjergj Kastrioti Skerderbeu, in honor of the memory of our national hero. Ms. Drita Ivanaj, the executive director of the Ivanaj Foundation, welcomed everyone and presented Mr. Berisha and his work to the attendees.

Benjamin Disraeli was two times Prime Minister of Great Britain but started out as writer and traveled a lot in his youth. He wrote this book, which is a literary work, during the time of romanticism movement in Europe, emphasizing the human personality, the imaginary, the beauty and the senses.

Our guest speaker, just like in the past presentations organized in our premises about two prominent Americans that in the early 1990’s had an impact on Albania and its history (Charles T. Erickson & Herman Bernstein), transported us back to historical past, by including in his speech lots of bygone details, a result of thorough study and collection of materials from different sources, as well as music from the opera “Scanderbeg” by Vivaldi.

We had the pleasure of maximum attendance, including a large group of students of Social Sciences accompanied by Prof. Teuta Starova. Some of our distinguished guests also followed with comments and statements such as former Ambassador and Minister Besnik Mustafaj, Prof. Dr. Nevila Nika, and Dr. Enver Bytyçi. 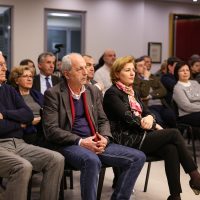 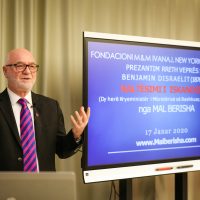 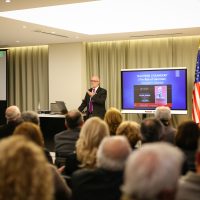 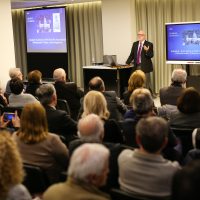 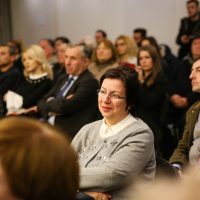 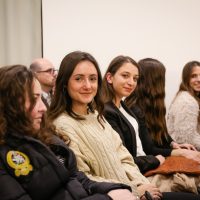 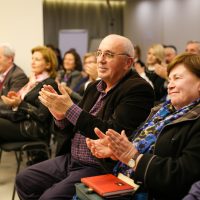 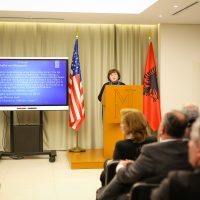 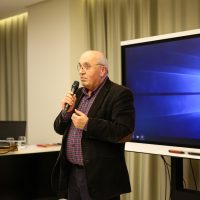 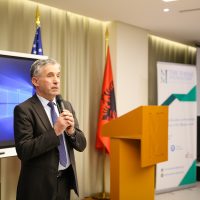 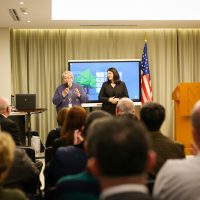 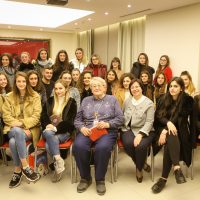