During the opening ceremony of our premises on October 10th, we had the pleasure of organizing the exhibit “Muzgje arbërore” by the famous Albanian painter Anastas Kostandin. This exhibition was the first of the many activities already planned by the Ivanaj Foundations, which will follow the opening of our premises that took place in October 2017.

The exhibit, curated by Mr. Ylli Drishti, contained several new works that were being shown for the first time by Anastas Kostandin, a well-known painter from Pogradec, whose work is mainly about his city, depicting the beauty of the Ohrid lake and the surrounding area. Part of his work also consists of visualization of historical figures such as the Albanian National hero Scanderbeg.

The exhibit, which was visited by over 150 guests, stayed open for one week and was highly appraised by the critics, including a review done by the SOT Newspaper, that you can read here. 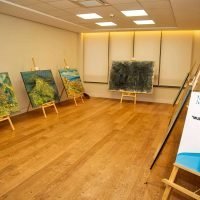 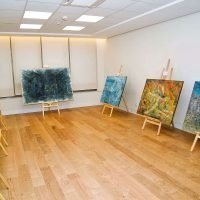 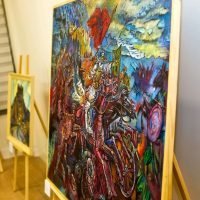 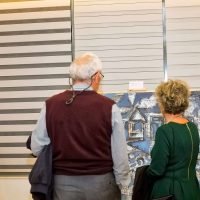 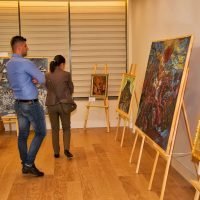