Our site’s location and some comparisons

Home/Blog/Our site’s location and some comparisons
Previous Next

Our site’s location and some comparisons 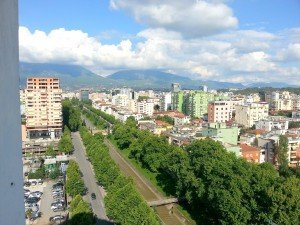 Our headquarters, currently under construction, are located in Tirana e Re, which used to be the ‘New Tirana’ when the land lots now forming the base of the new building were purchased by the Ivanaj brothers in the 1930’s. Their original residence was only the 3rd one being built in this new zone of Albania’s capital, which was then devoid of the trees that now line all its beautiful boulevards.

In those days there was only one Grand Hotel, named ‘Dajti’ from the mountain’s chain that encircles the city from the East, and Tirana’s population consisted of 30,000 people, while today it surpasses the 850,000 mark. 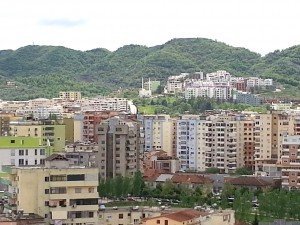 While this zone was then almost a suburb of Tirana, it is now actually considered the city’s center. This capital’s size has exponentially grown, especially in the past 20 years and now it extends way up into the surrounding hills.

While our premises are located near all major state institutions and government offices, the distance from Albania’s International airport is a mere 15km (= to not even 10 miles), and we are within walking distance from Tirana’s Great Park, which includes a big artificial lake.

The current view from any high-rise in Tirana presents chaotic masses of buildings of all sizes, shapes, and colors due to non compliance to urban planning and the city looks like a huge beehive!

The few cars and horse drawn carriages of the old days are now replaced by all sorts of modern vehicles sometimes driven by careless drivers that learned to drive only in the past two decades and feel free not to observe road rules. The city traffic is heavy most of the times, day or night, and lighten ups only during weekends when many leave the city to spend their free time elsewhere.

During the almost six decades of communist dictatorship there were only vehicles used by the state and no private cars of any kind. People walked and bicycled; there was no pollution, no traffic congestions, and no noise…only oppressing life styles! Today we experience exactly the opposite, but enamored by the freedom of a more democratic society tend to exaggerate in the use of our liberties, which instead entail more self government and discipline.